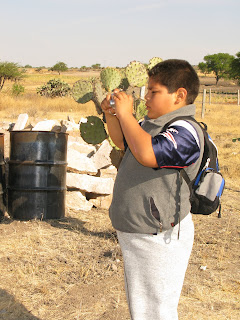 Some faithful readers may recall that in January, I took our housekeeper's son, Erik, on an expedition to purchase holiday gifts http://sanmiguelnews.blogspot.com/2009/01/my-expedition-with-eric.html 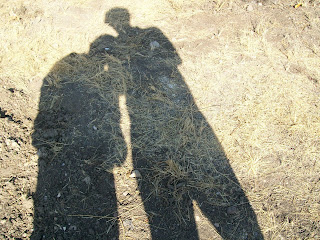 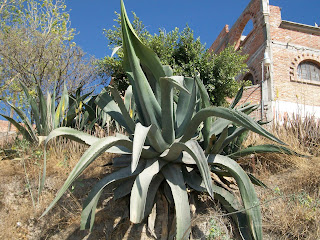 I left open the question of "what next?". After some thought, I decided to teach Erik something about photography. Photography is a hobby I have pursued since I was about 12 years old. It taught me a lot, and enabled me to travel, meet interesting people, and even, for a time, earn a living. I thought that learning such a skill would enhance Eriks' self esteem by teaching him something that his classmates didn't know; in effect, making him an "expert" among his peers. 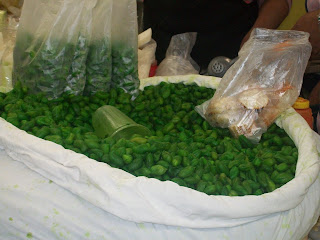 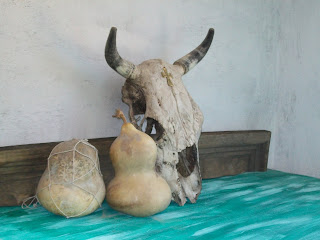 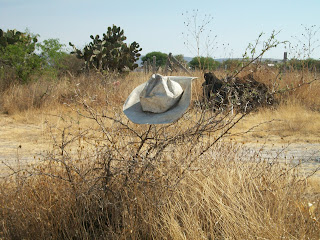 Fortunately, I had an old digital camera in the house. I spent a couple of hours with Erik, teaching him how to use it. He had no problem - in fact, within a week he knew more about it than I did! 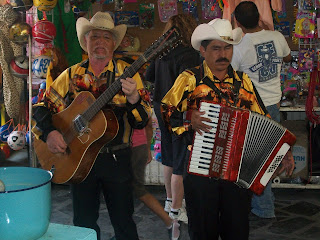 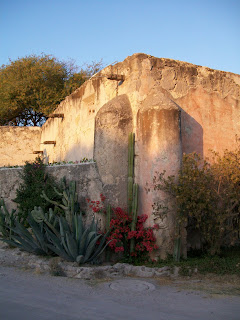 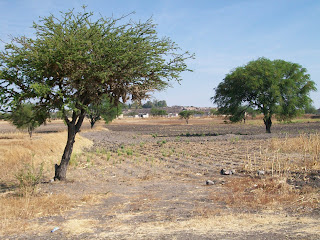 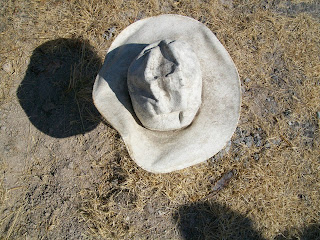 I gave Erik the assignment of taking photographs of his family, friends and neighborhood. He came back a week later with a cardful of stiff, posed pictures of his family, and a few shots of his neighborhood. We went over all the pictures, and I explained the difference between those photographs I called "souvenirs" and those that were "more interesting." I showed him how some were out of focus. 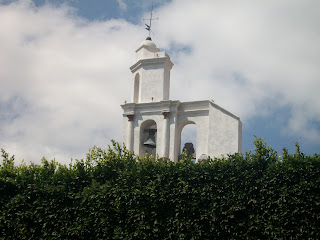 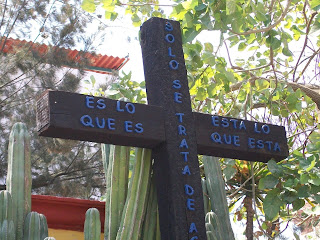 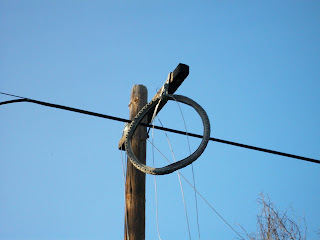 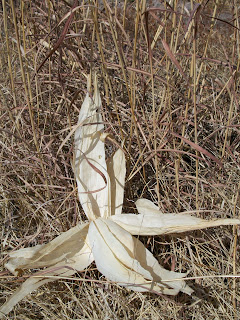 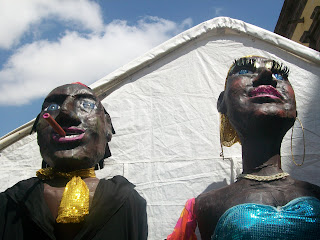 The following week. he came back with more pictures. It was clear that he had understood my lesson because more of the pictures were interesting, and fewer were "souvenirs" or out of focus. 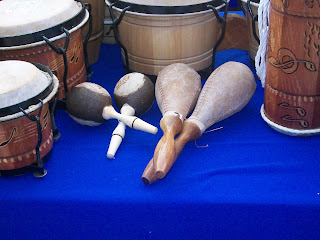 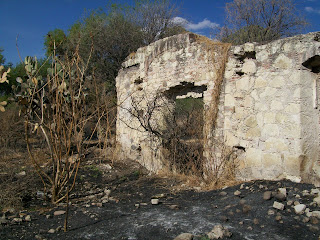 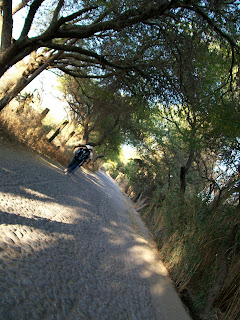 Within a few weeks, his work had improved substantially. I made him some business cards with his name and address, and the title "Photographer". He was very proud! And I was proud of him.

He took a trip to a shrine in Mexico City with his parents, and came back with dozens of pictures, which he and I looked at and discussed. He also brought me a gift - a small candleholder. But the real gift was the accompanying note, which said "Senor Carlos. Thank you for everything you have done for me. Thanks to my best friend." 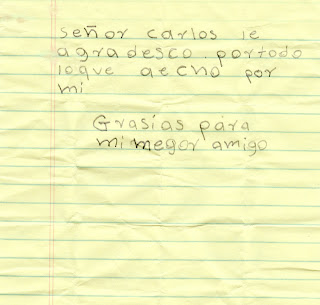 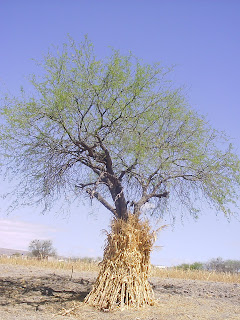 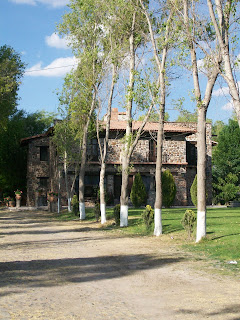 On our recent trip to the US, I brought back a better camera for him, a small tripod, memory cards, and a digital frame for him to view his pictures (his family has no computer). He was pleased as punch, and spent a week taking several hundred pictures, many of which were excellent. 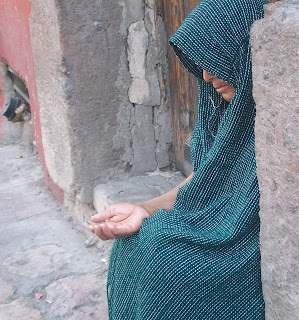 Last Sunday, Linda and I accompanied Erik and his parents to a piece of land they had purchased on which they are building a new home. The land is barren - flat and dry. With Linda's assistance, Erik was able to take many good shots. She found an old hat that she showed him how to use as a prop. 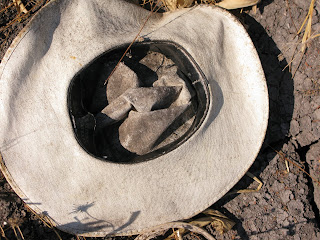 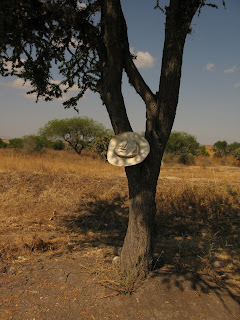 I resolved to sponsor an exhibit of Erik's photographs, and to sell them to my friends and neighbors. Linda had a terrific idea - use the proceeds of the sale of Erik's photos to contribute towards the equipment we had purchased for him - so it was not simply a gift, but something he had worked for. 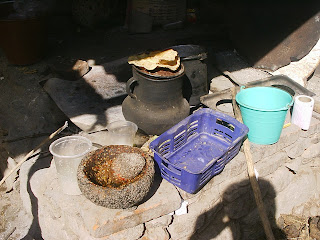 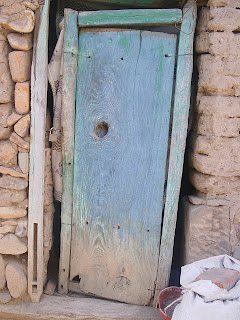 Within the next few weeks the show will happen. I am hoping that some of my readers will log on to see Erik's work, and will consider making a purchase. If you like any of the pictures in the blog, and want to support Erik's interest in photography, contact me and I will be happy to send you a print for 100 MXP or $10 US.
Stay tuned!
[Note: all photos in this blog, with the exception of the pictures of Erik, were taken by him!!] 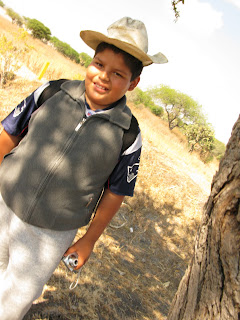 Posted by The San Miguel News at 4:38 PM

I am so impressed with Erik's photography and hope to make it to the event if possible. I am interested in helping other kids do photography too so, feel free to contact me at jmerrifi@gmail.com. My website albeit a work in progress...www.joeymerrifield.com