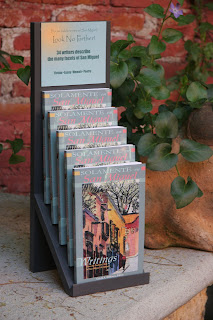 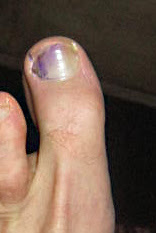 I could blame it on my toe (which I stubbed badly last week). Tried to find a podiatrist and was directed to a "pedicurista." He took excellent care of me.The purple is an antibiotic. Later I found out that his medical degree came from working at a Dr. Scholl's shop. Seriously!
or on my work selling books for the Authors' Sala (www.sanmiguelauthors.com). See the display in the picture to the right, and be sure to buy the book from Amazon (Solamente en San Miguel).

It was just plain sloth, laziness and general decrepitude caused by my old age.

I did manage to spend a busy week with Linda out of town. 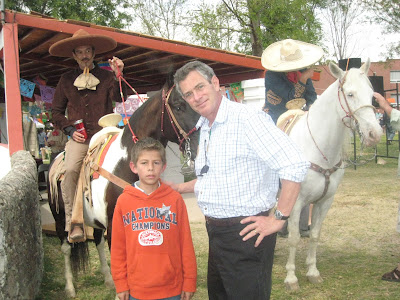 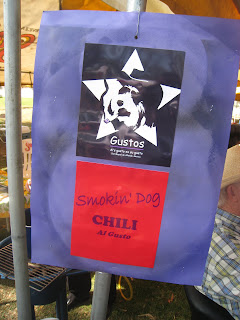 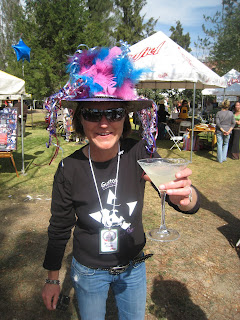 Not surprisingly, there was a plethora of Texans at the cookoff, which was a fundraiser for an orphanage. My favorite chilis were pretty darn good, though I didn't stay long enough to find out if they were prizewinners. The real prizewinners were the outfits worn by the chefs. I especially like the hat of the Rat's Ass Team! That is actually the rear end of a rat on this man's head. 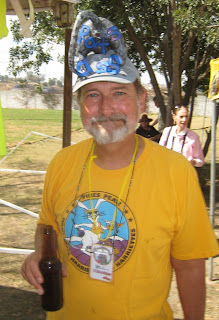 The young man in the picture with me is Said Merkel, who I am tutoring for his Bar Mitzva next year. He is actually having a better time than it appears. He's 12, so it's uncool to show that you are enjoying yourself with an old gringo. 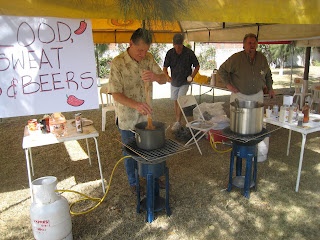 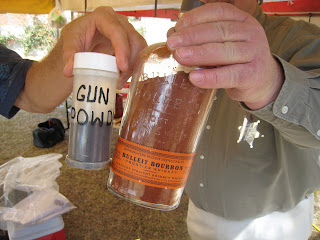 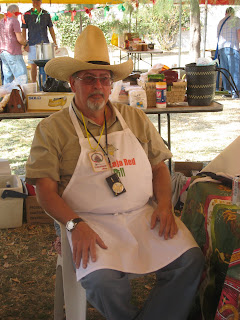 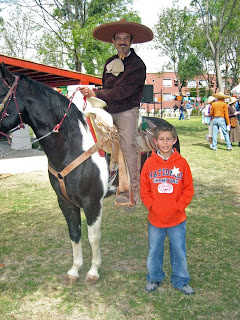 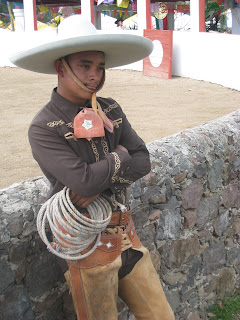 There was a mini-rodeo, which included a team of young women in identical dresses doing synchronized riding (kind of like synchronized swimming on horseback). Said's English teacher was also riding on his horse, Amigo. Finally there was an amazing display of lassoomanship (to coin a word). 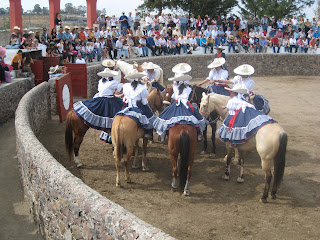 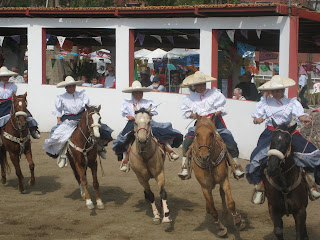 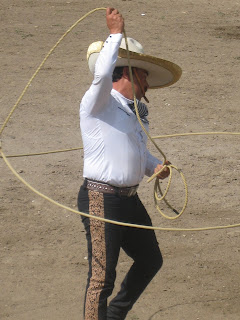 While watching the riding, I sat next to an attractive Texan woman, and snapped a picture of her. Big sunglasses, big hair, big breasts and a short skirt! Muy Texas! 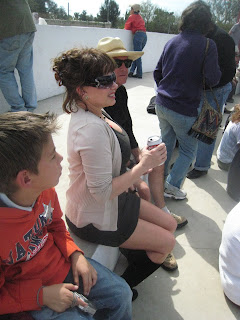 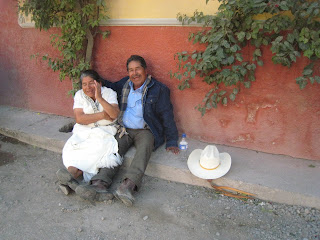 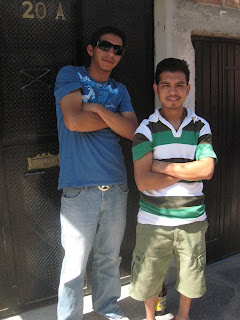 The attitude displayed by these boys is all an act for the camera. They are mugging for me. While I printed pictures for the kids, they watched my dog. At the bottom is a friend, Michael Sudheer, an interior designer, and Araceli, our neighbor's housekeeper. They were hosting visitors for the house Michael designed and Araceli works in. 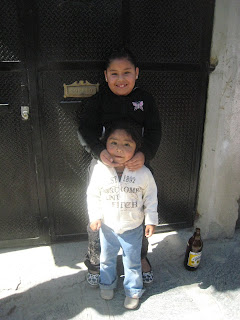 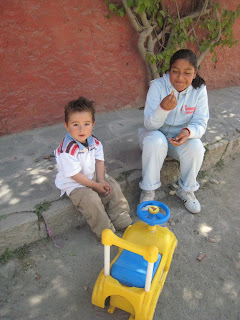 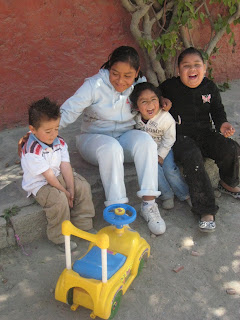 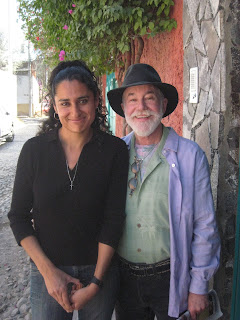 Every event listed above requires way more time than the equivalent event in the US (although sometimes less money). Any one could have justified its own blog.

But let's face it. I was lazy.

I'll try to do better from now on!
Posted by The San Miguel News at 8:19 PM