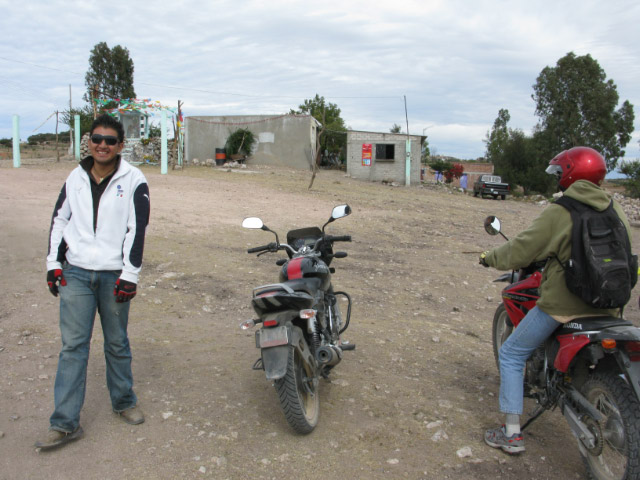 Over the last year or two, I've made a few posts about my motorcycle exploits. However, I've been frustrated because I've generally be riding alone, which is not as much fun nor as safe as riding with companions.

So I posted an ad looking for congenial riding buddies, and four or five hardy souls responded. Last Saturday, three of us met at 9:00 am for a ride. Rob, an American, and Erick, a Mexican, were my mates. While we drank coffee, we discussed various routes, and then took off. 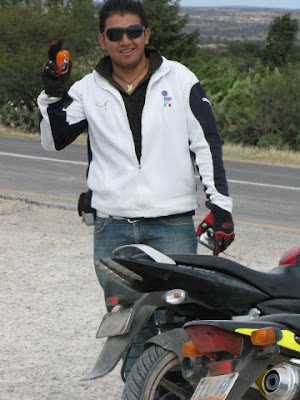 Erick, young and guapo (handsome) led the way and acted as translator.


I had heard about a tunnel, and Erick knew the way, so off we went. I  tried to take photos of interesting sites along the way, as well as to mark the mileage (actually kilometrage) at each turn, so as to provide guidance for others. 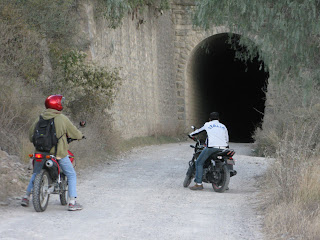 The tunnel was a one lane affair, about a third of a mile in length. It was long and dark. As we came out, on the left was a lovely old building with a "for rent" sign. Unfortunately, it didn't have a roof, not to mention water, electricity, etc., so my guess is that it will be vacant for a long time. 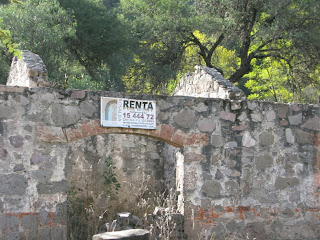 There were some lovely vistas along the way, as we climbed into the Picacho Mountains. Much of the land was agricultural, and rather green for the time of year. 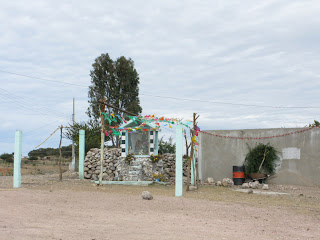 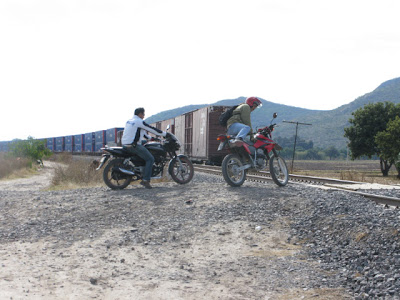 We reached and crossed railroad tracks, and then headed for "terra ingognita". Our map was rather vague on directions. But every couple of miles we stopped to ask directions. Well, let me be honest...we stopped and Erick asked directions. 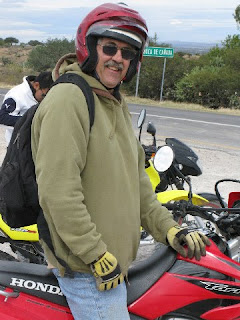 
Eventually, we decided to try to find the entrance to Canada de la Virgen, where archeologists have been working on a preColumbian pyramid. It is not yet open to the public. We passed through an unlocked gate, and over miles of rough stone road, occasionally seeing a jeep, small truck, or livestock. We never did find the entrance, but we were certainly close by. 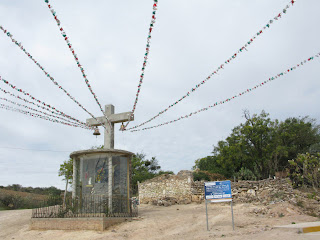 The day was overcast, and the higher we got, the colder it got. There was no place to stop for a warm drink or a snack, so we soldiered on. Eventually we came out at Canada de Boca, which translates as the "mouth of the canyon." 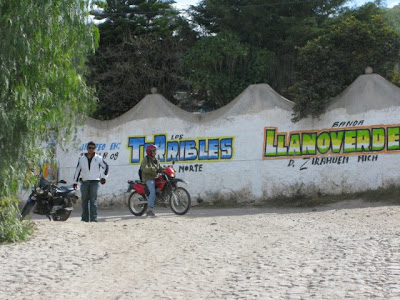 Our jaunt took almost four hours, and was about 80 km, almost 50 miles. As Rob, Erick  and I discussed the day, we decided to have similar excusions once or twice a month, and to develop maps for other riders. We also thought about a name for the group. After much thought (about two minutes of laughter), we picked Flojos en Motos, which roughly translates as "lazy bums on motorcycles." Appropriate, don't you think? 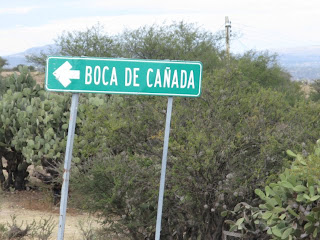 Hopefully, you will see more of our future exploits on this blog. 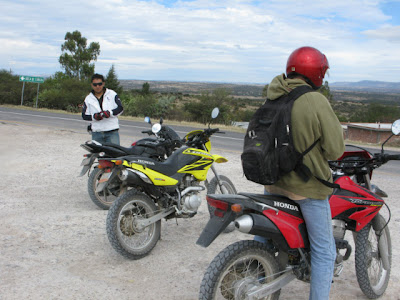 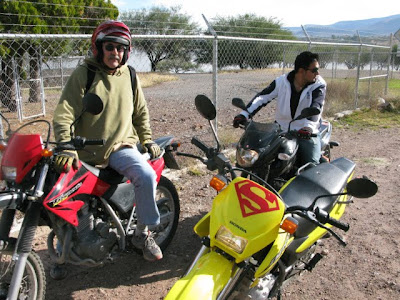 Posted by The San Miguel News at 6:41 PM