Homage to the Master (Plumber) 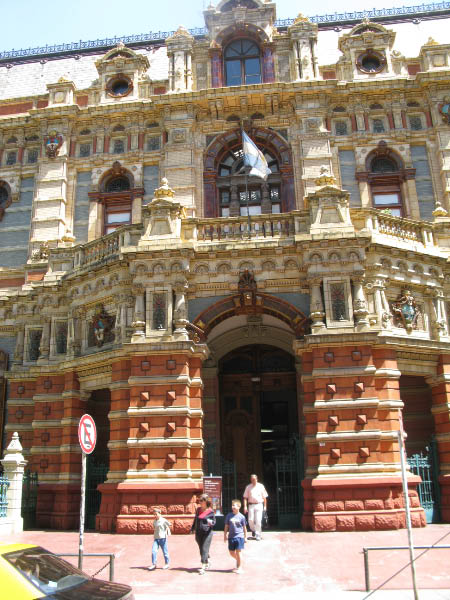 One of my blogging heroes is John Wood. John, a retired engineer, has found a second career as a talented writer. A few years ago he traveled to Argentina, where he blogged his trip extensively. One entry involved John's trip to the Water Museum. I highly recommend that you look at John's blog - especially his blogs on Argentina. His blog on this museum is found in the 1/8/08 entry (you'll have to scroll way down!). Thanks, John! 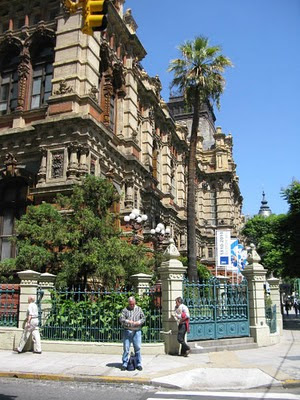 Inspired by John, I was determined to visit this museum. John had warned me (in his blog) that the hours of the museum made visits a bit difficult. Very true. It opened late and closed early, leaving only a small window of opportunity for visiting.
After two or three attempts, I finally made it to this beautiful place, the former city waterworks. 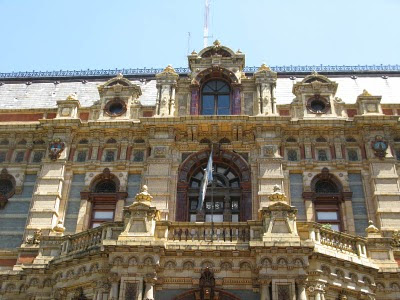 The building, designed and built by an English firm, was full of gorgeous exterior details, such as shown here. 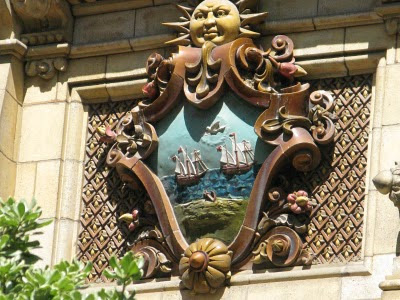 After entering the building, I followed signs (with some difficulty) to the museum, which turned out to be a suite of about 3 or 4 rooms on the second floor of an administration building. The place was deserted. The first room contained some fascinating objects (for those who are fascinated with urinals, toilets, pipes and old ads for bathrooms; i.e., not many of us, other than eccentrics like John and me.) 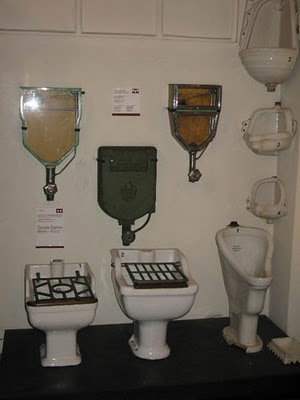 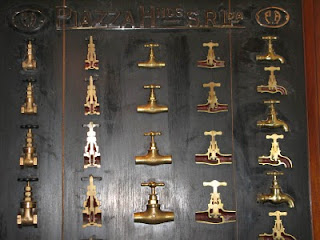 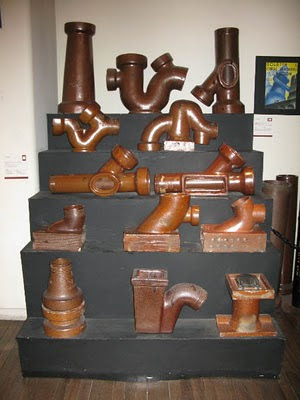 An artistic rendering of urinals... 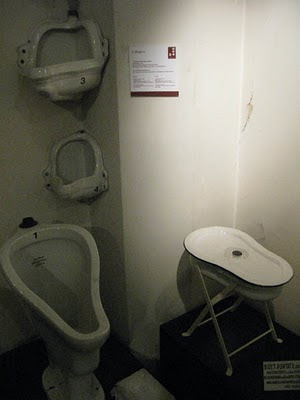 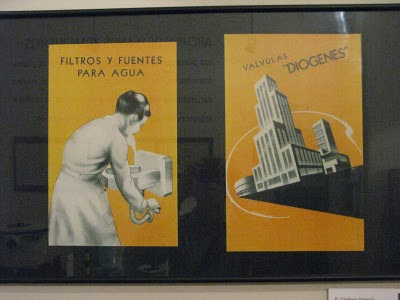 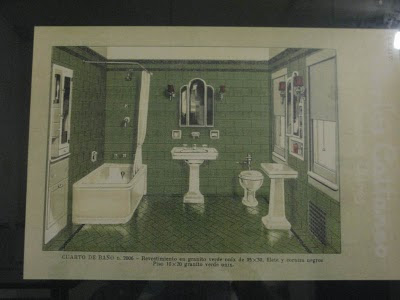 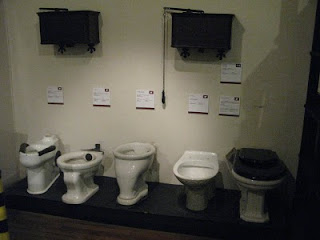 in the next room were more porcelain fixtures... 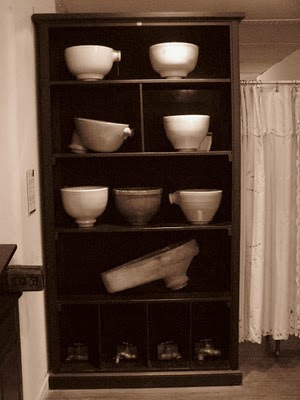 A woman with two young boys entered the room, and a guide appeared to explain things to them. 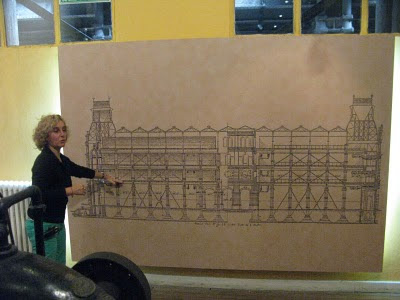 I'm not sure how interesting the youngsters found the presentation... 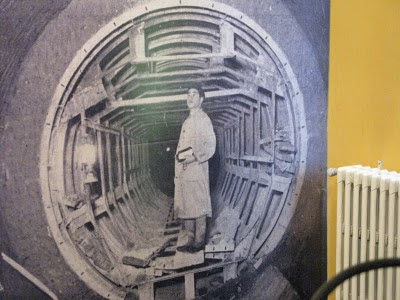 Man in a pipe, above.
I finally reached the piece de resistance, below. I'm sure you'll find it as fascinating as I did. 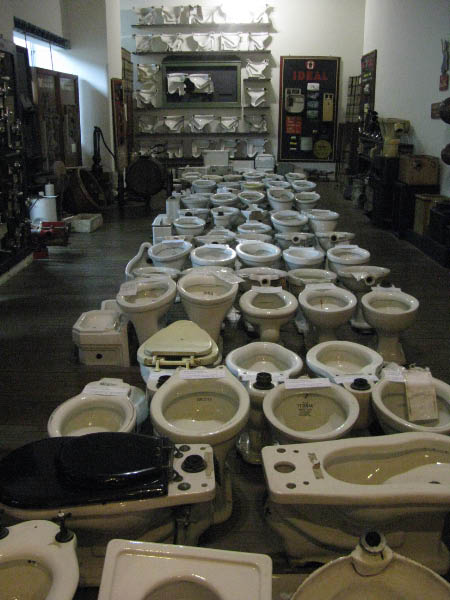 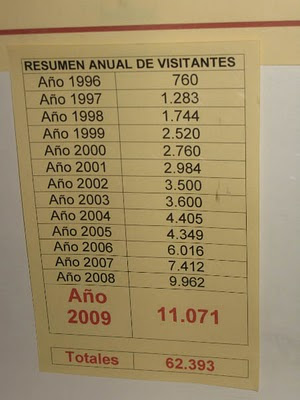 Posted by The San Miguel News at 4:16 PM