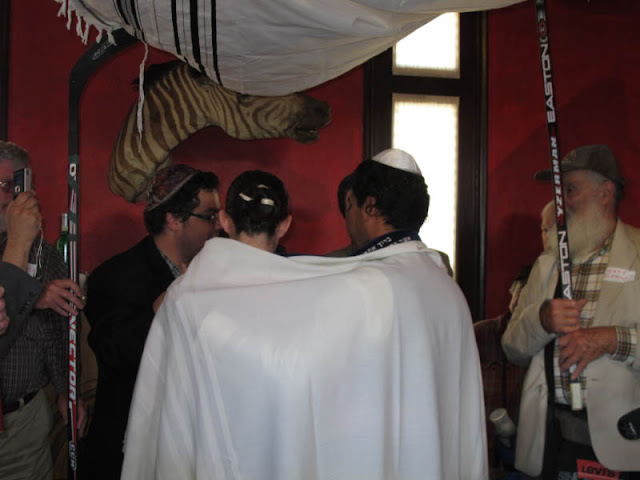 It's time for your lazy blogger to get to work, and a remarkable event this past week has inspired me to create this blog entry.

Many of you know that Linda and I are Jewish and are active in the San Miguel Jewish community, and especially at Shalom San Miguel, our synagogue. This group not only has weekly services, but also cultural events, classes and holiday services and meals. For some years, services have been led by Dr. Dan Lessner, a (young) retired doctor from New York.
Several years ago, a small number of Mexicans began appearing at our Saturday services. Some claimed to be descendants of Spanish Jews who were forced to convert to Catholicism during the Spanish Inquisition. Others felt a strong attraction to Judaism for some reason - emotional or intellectual. They came from nearby cities - sometimes taking a bus an hour and a half each way to attend weekly services. Dan Lessner, who speaks fluent Spanish, began teaching a weekly class for them. In addition, he and Carole Stone, Shalom San Miguel's President at the time, created a Spanish version of our Siddur (prayer book), including a transliteration and translation of all prayers - a monumental and remarkable task!

Eventually, some of the Mexicans decided to convert to Judaism, a decision not lightly taken. It required extensive study and commitment on their parts. Last week, after two years of study, seven of these men and women, whom we term B'nai Anousim, underwent the conversion.


Each of the B'nai Anousim was required, among other things, to bathe in a mikveh, a Jewish ritual bath. Because no mikveh exists locally, they bathed in "living water" (natural spring). Shown belong are the converts and the rabbis, after the mikveh ceremony.

Our B'nai Anousim passed "with flying colors", and on Monday, February 7, the entire Jewish community of San Miguel was invited to a party celebrating the event. Almost a hundred people attended the event. Prayers were recited, and each of the three rabbis spoke briefly in English and Spanish before the B'nai Anousim jointly read a statement indicating the commitment to Judaism and its beliefs. It was a  moving experience for all (an understatement, to say the least). Even the rabbis were unable to hold back their tears and strong emotions. Each rabbi said that this event was unique in the Jewish world. 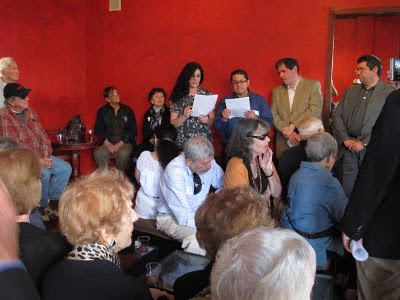 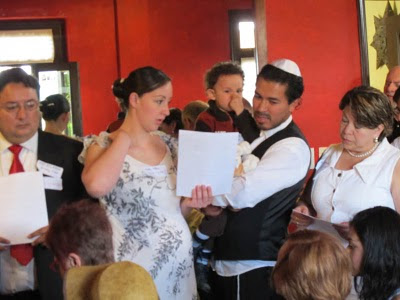 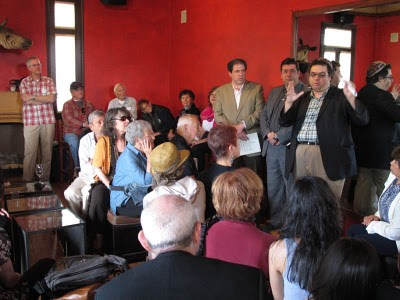 After the speeches, a surprise awaited us. Two of the converts, Josue and  Paula, a young married couple with a one year old son Salomon and another child on the way, were married under Jewish law by the three rabbis present. A makeshift chuppah was erected using a tallit (prayer shawl) and four hockey sticks as posts. 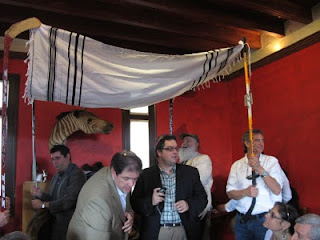 Tears were flowing freely. I can safely say that there wasn't a dry eye in the house, including mine.


Be sure to visit the Youtube video of the wedding! 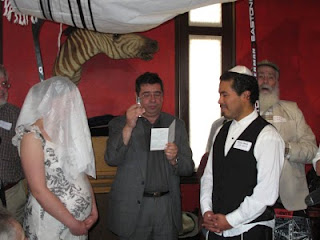 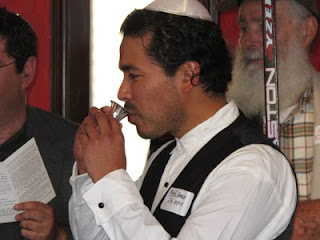 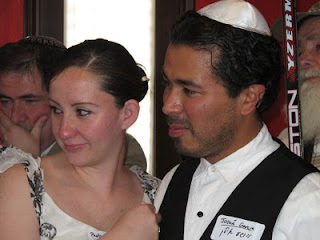 After the wedding, a lovely comida (luncheon) was served. 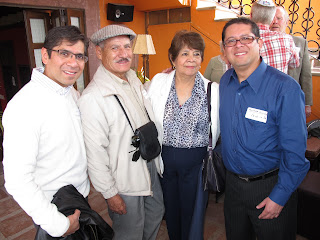 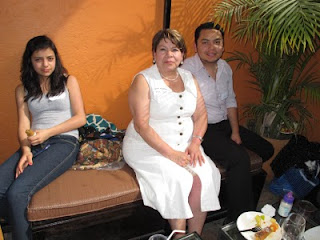 We are looking forward to the participation of our newest San Miguel Jews, and to their continued learning and commitment. They are an inspiration to all of us. 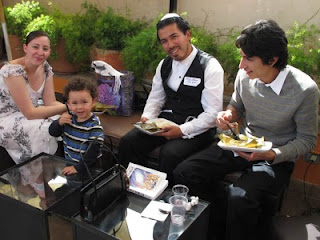 In Spanish, the word "miracle" is translated as "milagro". We are justifiably proud of the milagro in our midst this year.
Posted by The San Miguel News at 2:21 PM

Wow, what an amazing story. So glad I stopped by to read it!

I am visiting san miquel in july and would love any contact information to connect me to the jewish community.

May you merit to the blessings of Na Nach Nachma Nachman MeUman!

B'H,
It's nice to see anousim returning through the true path of conversion.May you all connect to H'Y and HIS holy Tzadik Na Nach Nachma Nachman MeUman!

Chana: although this was unquestionably a beautiful story, I do not consider a conservative conversion "proper", it is definitely sweet and cute, but in order to become Jewish one must accept upon themselves the complete responsibility of keeping the entire Torah, something which I don't think the conservative Jews do, although I have great respect and love for them.... That is why I am hoping and praying that they are blessed with Na Nach Nachma Nachman MeUman!

What the heck is Na Nach Nachma Nachman MeUman??? You sound a bit crazy to me. Do you realize how impossible it is for ANYONE, much less a Mexican former Christian, to have the complete responsibility to observe the ENTIRE Torah??

If you don't consider a conservative conversion " proper" just keep your opinions to yourself, please. Who asked you??

I am very proud of these people.

Dan Michaels, member of the board of Shalom San Miguel

Thank you. I apologize for my rude tone, I should wait and think and be patient before responding to something.

I learned a bit from what you wrote. I know you have a love of Judaism and of all people in your heart.

It's just that here in Mexico, people who want to become Jewish have an impossible time, they are totally rejected by our own people for various reasons and there are racist undertones. Therefore I - and we - are somewhat sensitive to people who say our convertees are " improper"

Things are very different in different parts of the world and different situations. Flexibility is necessary.

I like Rev Nachman, love his writings and spirit.