Teaching Computing to Children in Mexico

In April of 2010 I posted a blog about a group called Computadoras Pro Jovenes . This group repairs donated used computers and provides them to schools in San Miguel de Allende, Mexico. I have been working with the group for almost three years now and would like to bring [both of] my readers up to date.

In January of this year, I began working with a group of four 11 year old girls (see photo above) from a small town called San Francisco, about 12 miles from our home in San Miguel. These girls, shown above, were eager to learn how to use a computer.

Two girls were assigned to each computer. I developed a six week lesson plan, beginning at the beginning...what is a keyboard, monitor, mouse...how to turn the computer on and off. They were quick learners, and within a few weeks were writing short stories using Microsoft Word.

And of course they were playing games. I taught them solitaire 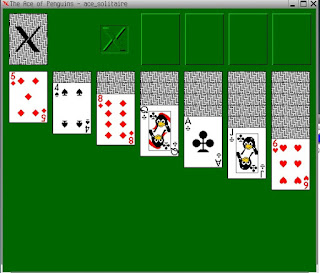 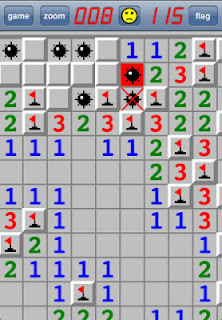 included on all computers. Quick learners, within a few minutes they had the games figured out. These kids had never seen a deck of cards!

The following week, I purchased decks of cards, and gave each of them a deck to take home to practice. Teaching them how to shuffle was, as you can imagine, very amusing. I showed them how to play solitaire with a real deck of cards, and then taught them how to play War. Finally, I asked them if they wanted to learn another game that my children had enjoyed. They all nodded their heads and I shouted "52 Card Pickup", throwing the cards on the floor! 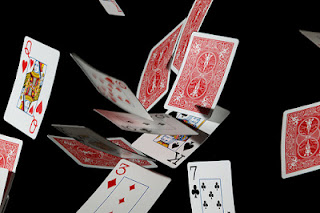 The computers we are working with are the ones you threw out about 3-5 years ago. They have small hard drives, 512 Mb of RAM, and usually the Spanish version of Windows XP (donated by Microsoft). They are clunky and slow, but they do the job.

I also gave each child a USB flash drive, so they could save their own essays and photos.

We have age appropriate Spanish language educational software, and a computer manual written and translated by students at the Williams College Roteract Club (connected with Rotary Clubs).

The final week of the six week curriculum is a daytrip to San Miguel de Allende, 12 miles but a world away! These kids have never been to San Miguel, the biggest town in the area. With two mothers and a teacher as chaperones, we spent half a day together.

We started with a visit to an internet cafe, where I taught them how to send and receive email and how to do a Google search. After an hour and a half, I had to drag them to our next stop, a chicken restaurant called Pollo Feliz (the Happy Chicken). Remember that neither these kids nor their parents have ever been to a restaurant! 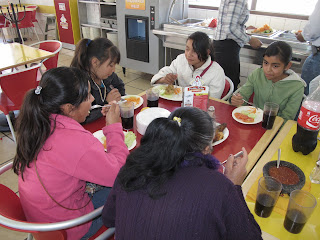 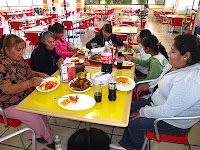 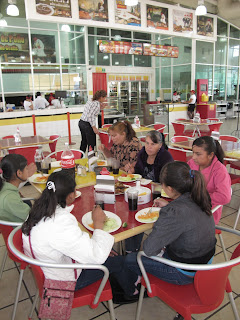 From there, we toured the town center, a 16th century United Nations World Heritage Site,


and finished with a visit to an ice cream parlor, where they enjoyed their first ever ice cream cones! 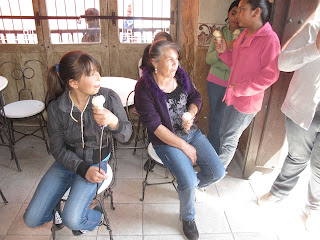 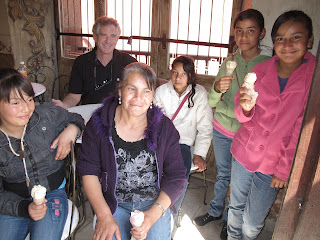 Finally, I gave each of them a diploma, citing them as Super Students! 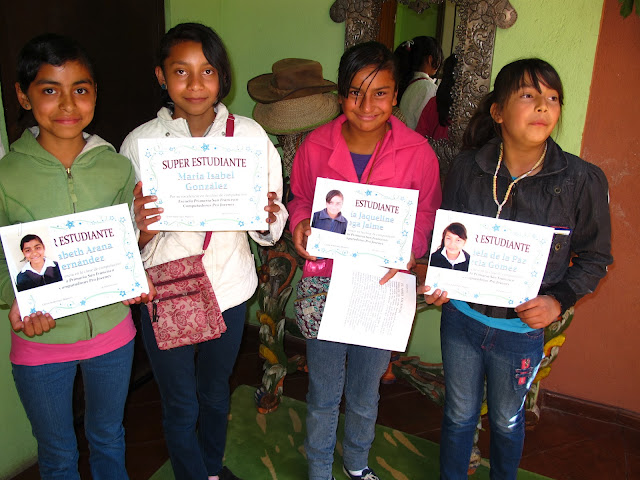 I dropped the tired but happy group at their village in the late afternoon. 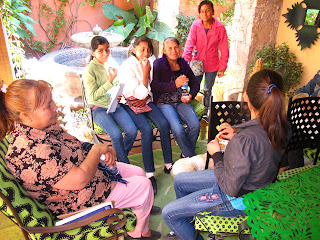 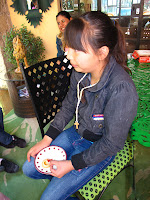 Why am I telling you all this? Sure it's interesting. But I also trying to get donations of decks of cards, USB flash drives and other resources for these worthy kids. It's difficult to get used computers to Mexico, so at the moment I'm not soliciting such donations (but perhaps in the future I'll do so). I'm partnering with a church group who has offered to pay for internet service to open an "Internet Cafe" at one of the schools. More to come on this in the near future, but it's certain that we'll need more computers and money.

I'm now working with two new groups of kids - four 9 year olds and six 14 year olds. The "graduates" of my first class help as "tutors" to the new students, which gives them an opportunity to continue to use the computers.

Posted by The San Miguel News at 1:31 PM