Teaching Computing in the Campo - Season 4 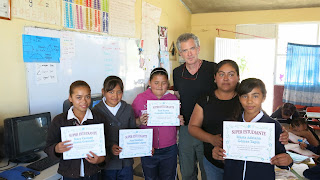 You may remember that I have been teaching computing in the campo (rural countryside villages) for a number of years, as a member of CPJ (Computadoras Pro Jovenes). It has been gratifying to have an impact on young people. 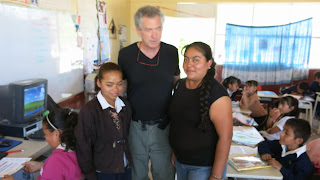 However, it has been frustrating for two reasons. First, I have only been able to teach four students at a time, and each session lasts six weeks. Second, in some of the schools where I teach, the computers (and I) share the room with the rest of the class. You can imagine how difficult it is to teach with 30 students in the room!

To solve the first problem, I changed my curriculum this year. I went from a six week course to a four week course. This increased my productivity by 50%! I decided to teach only the oldest kids (5th and 6th graders), as they were the easiest for me to work with and had the best attention spans. This change has worked quite well for me. I have been able to include virtually all the material from the six week course into four weeks. 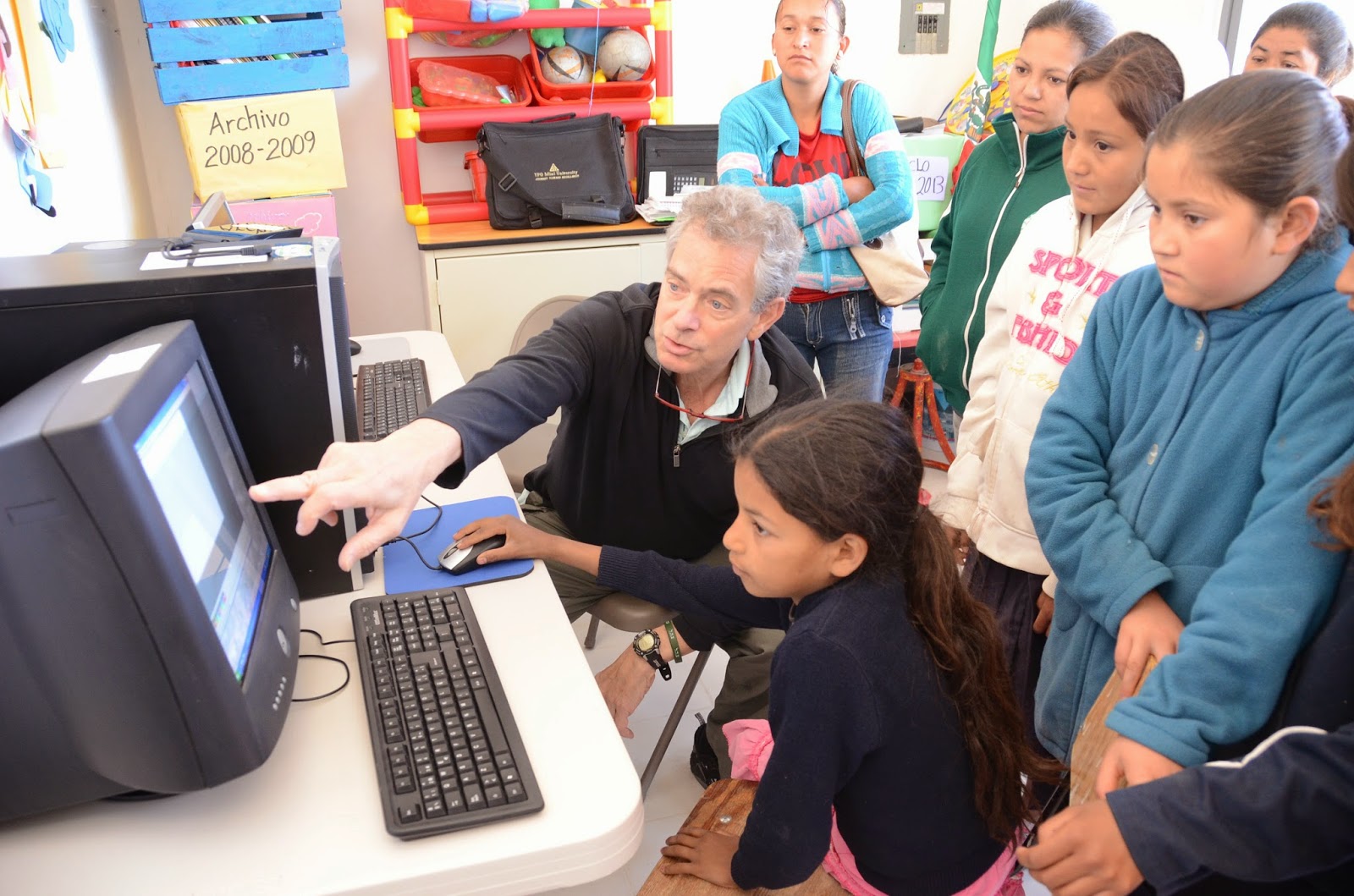 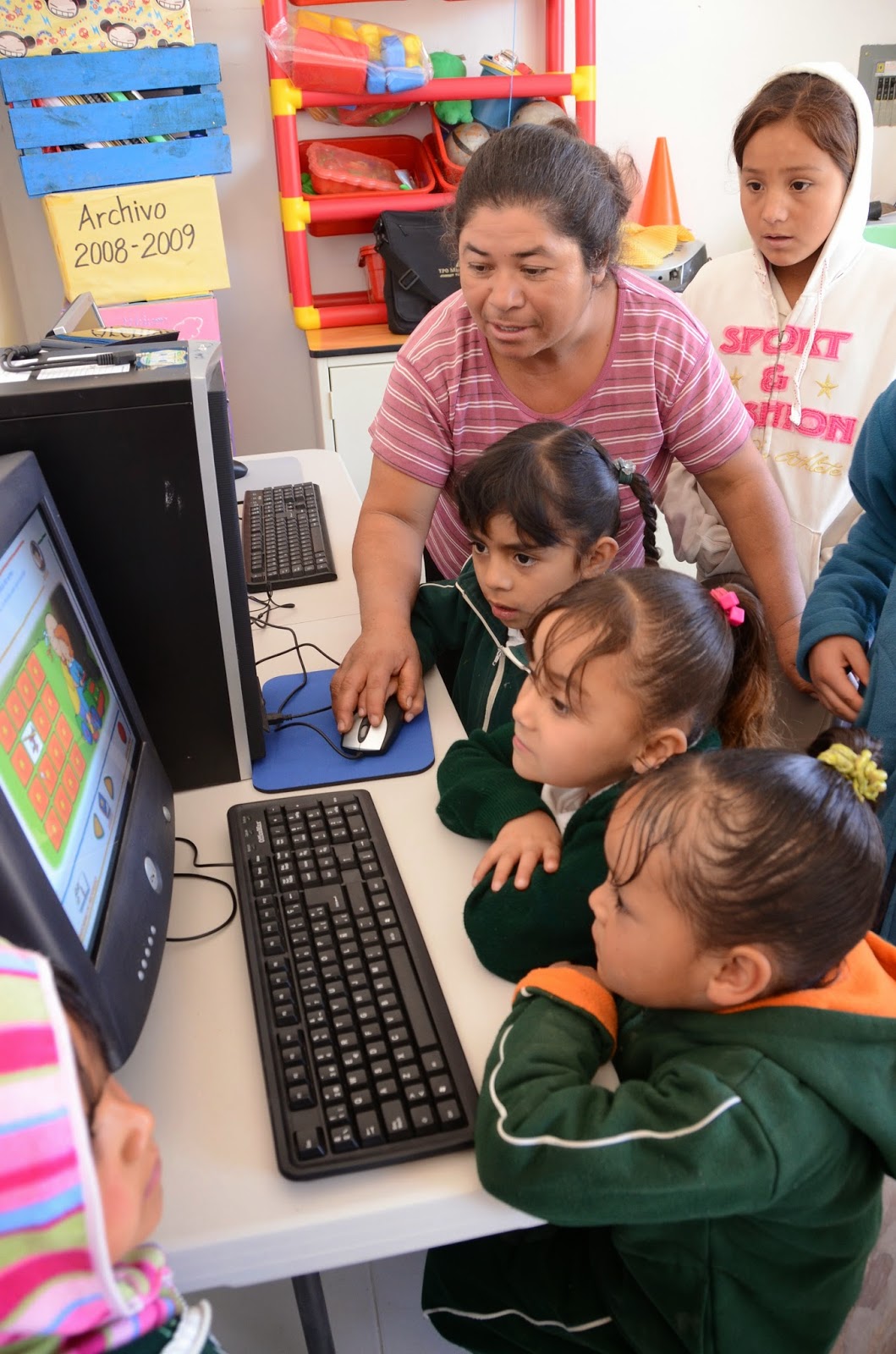 I then decided that I could leverage my time better by teaching others to teach. For this, I chose two kindergartens where I was working. I met with a number of the mothers and asked them if they wanted to learn computing in order to teach their kids. Dozens of mothers volunteered! I started teaching two or three at a time, and they quickly learned how to use the computers and how to work with the kindergarteners. The mothers are mostly young women who do nothing all day but clean and cook, as the village is remote from any place where there might be jobs for them.

Solving the problem of lack of space was more difficult. Fortunately, a friend from Michigan - Judy Jagdfeld - who spends part of the winter in San Miguel, has for years been raising money from her Michigan friends to support good causes in San Miguel. This year Judy (and her husband Jim, who took many of these photographs) adopted me (or more accurately, my village) as her "good cause." 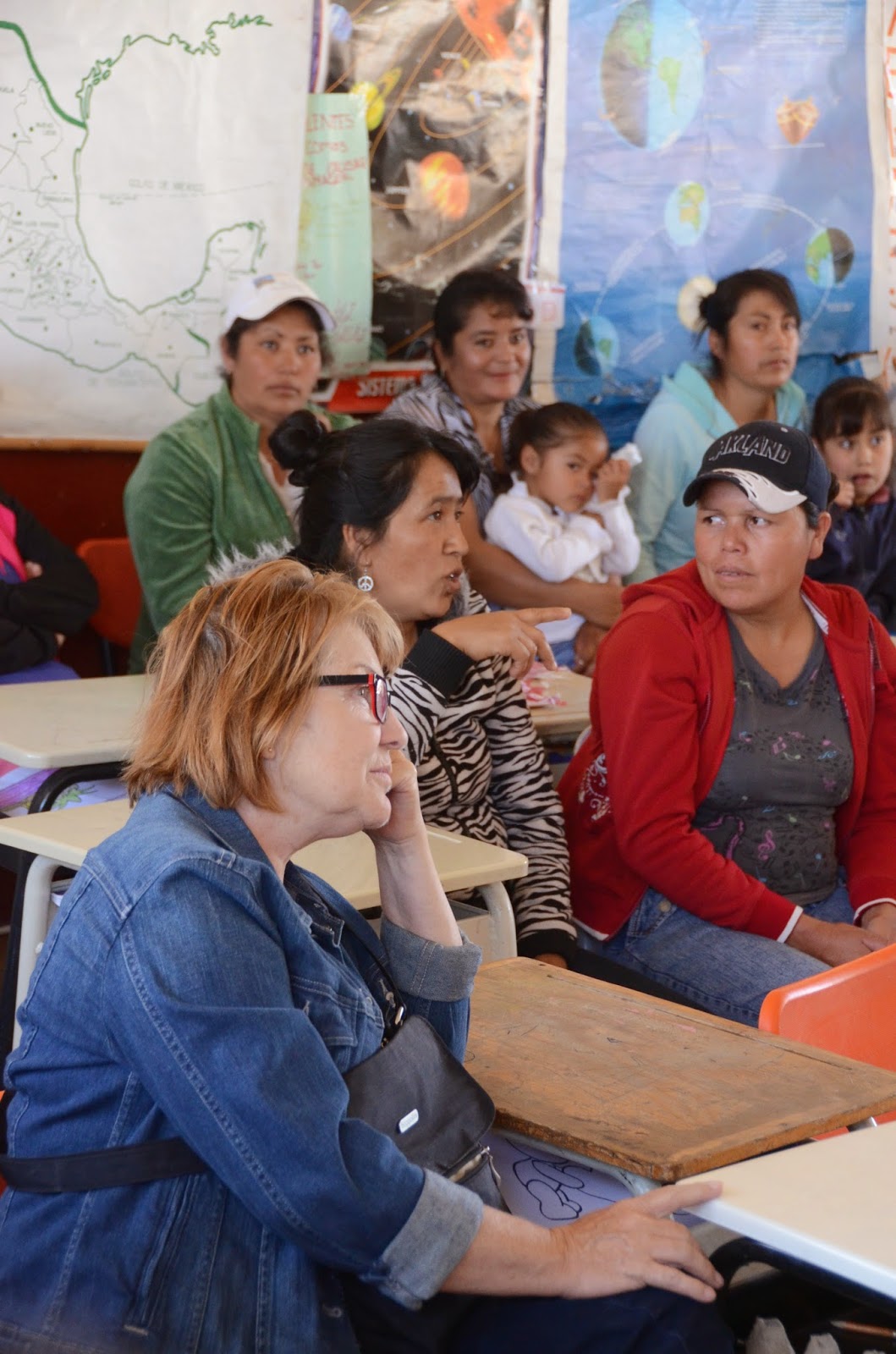 I also invited Michael Wolk, an architect friend from Detroit, who has visited us several times in San Miguel, to help design a building in which to teach computing. Michael enthusiastically signed on immediately! 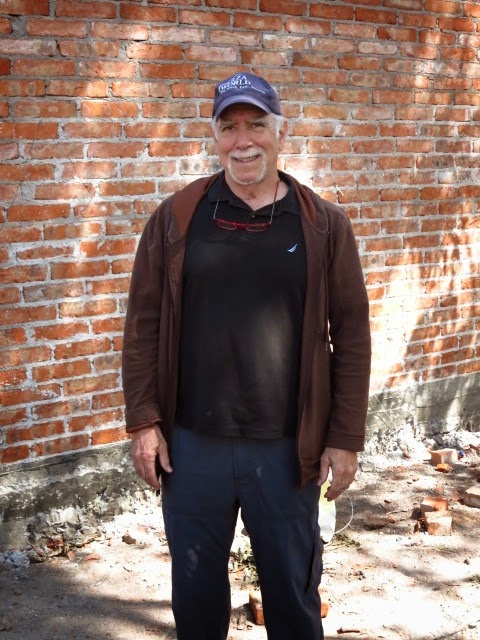 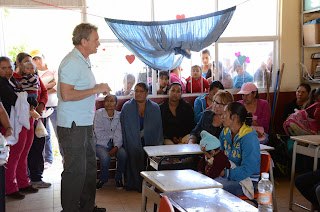 We made an offer to the mothers. We would supply the money for the materials if they would pay for the labor to build a small computing center. We had a rough estimate of $2500 for materials to build a 15' x 21' building! They told us they would do it!

Michael drew up plans for a simple building to blend in with the other school buildings. A week later I met with a committee of the mothers. They brought with them Fernando Gomez, an experienced builder who lives next door to the school, has a child enrolled there, and to boot, speaks excellent English. He helped us draw up a more accurate list of materials and promised to have the building built within a month! Incredible!

But true! A few days later, when I returned to the school, the foundation had already been dug and the walls started going up quickly. 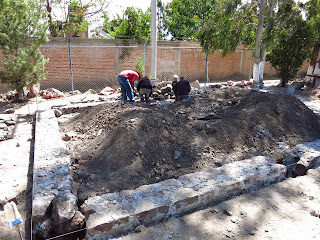 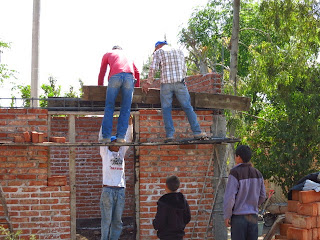 They even had a ceremony where I mortared a brick (I assume they checked and redid my work!) 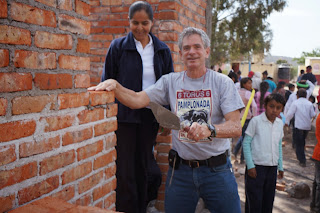 The walls went higher and higher.... 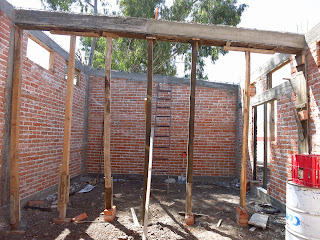 Until they were completed. Roof joists were put in place, and a form was built to pour a concrete roof. 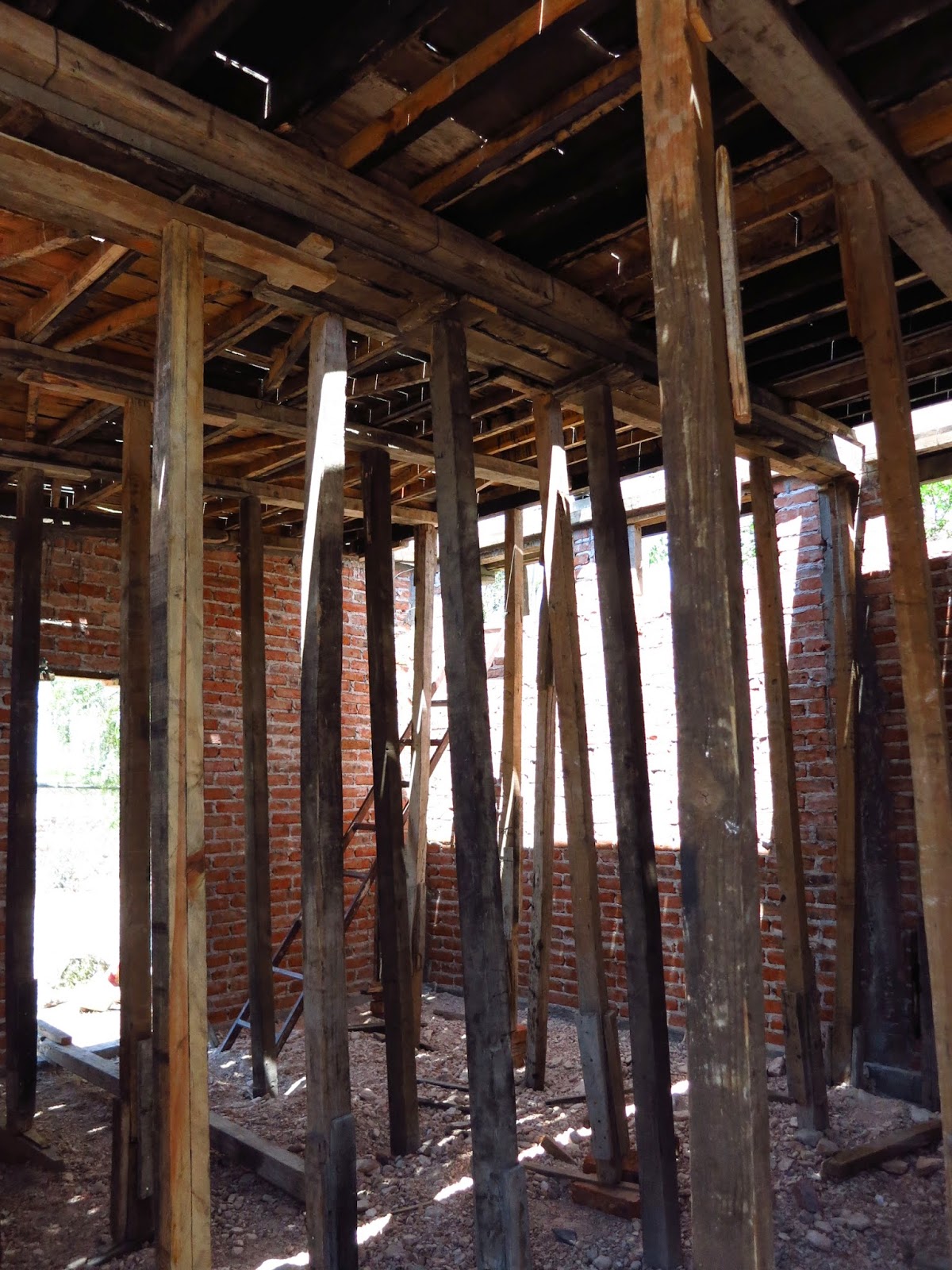 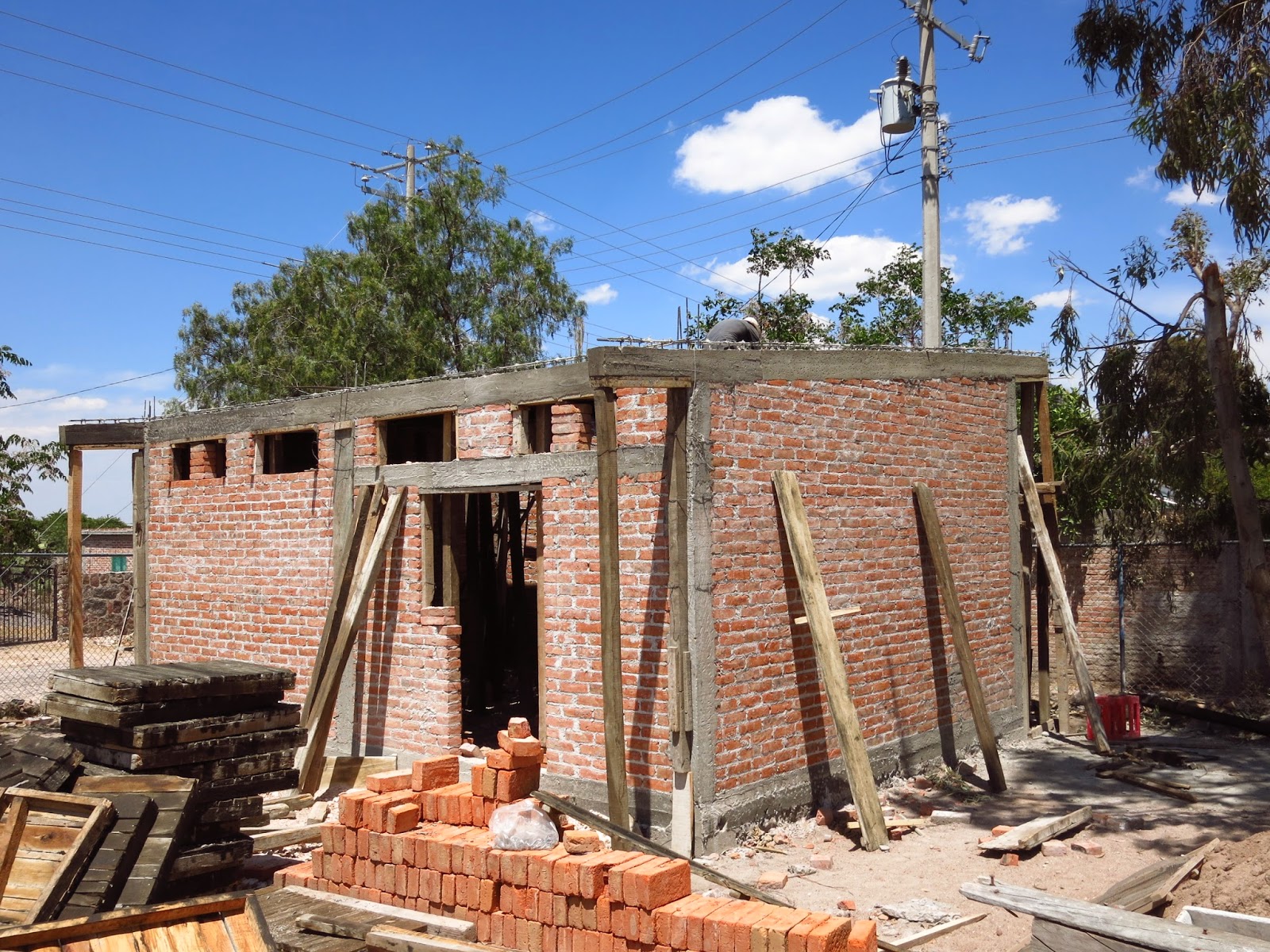 That is the status of the building as of today, April 2, 2014. We expect to complete the building, except for windows, doors, lights, and electricity before I leave San Miguel in May. When I return in the fall, the balance of the work will be completed.

So why am I writing this blog entry? In short, friends, for your support. Although we have roughly $2000 for the materials, and the parents are providing the labor, we are short about $2000 for the balance of the materials, tables and chairs (Costco's finest) and equipment for internet access (only available in this remote location by satellite). If we get enough money we might even put in a basketball hoop! I know that my readers (friends and family) will come through for us! Let me (or Judy or Michael) know if you would like to contribute.

We're in - great job by a great and very constructive guy!! Robert and Carol