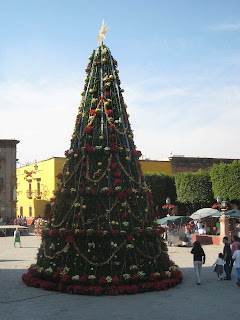 Twas La Noche before Christmas and all through LA CASA,
Not a creature was stirring, only the "MASA".


Mamá making tamales con mucho CUIDADO
In hopes old Santa would feel OBLIGADO
To bring all the niños, both BUENOS Y MALOS
A nice batch of DULCES and other REGALOS.
Mis hermanos and I went to sleep in our CAMAS
Some in CALSONES, some in PIYAMAS,
Cuando out in the yard I heard such a GRITO
That I jumped to my feet like a frightened CABRITO. 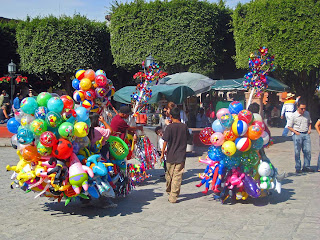 And who in the world do you think ¿QUIÉN ERA?
Santa Claus, in a sleigh with a big OL' PULSERA
Came dashing along a little "HELADO"
And pulling his sleigh, were all his VENADOS.

Then standing straight up, with his hands on his PECHO
He flew to the top of our very own TECHO.
With his round little belly like a bowl of JALEA,
He struggled to squeeze down our old CHIMENEA.


Then huffing and puffing, and a little CANSADO
He picked up a bag that looked so PESADO
He filled all the stockings with lovely REGALOS
For none of the niños had been very MALOS.

Then chuckling aloud, seeming very CONTENTO
He turned like a flash and was gone like the VIENTO.
And I heard him exclaim and this is VERDAD,
"¡MERRY CHRISTMAS A TODOS... FELIZ NAVIDAD!"