Another Opening, Another Show! 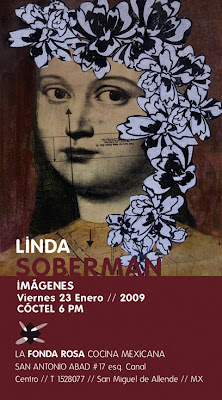 Linda's exhibition Imagenes (Images) opened Friday night, January 23, 2008 to an overwhelming crowd of over 150 people. And what an opening it was! The crowds spilled out onto the street at La Fonda Rosa, where mojitos and botanos (appetizers) were served to keep the spirits flowing. We were very pleased with the way the show looked and the comments were thoughtful and praiseworthy. 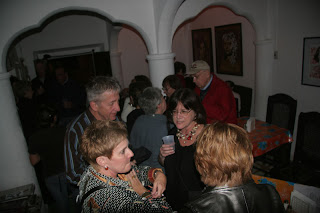 There was a prominent ad in the weekly newspaper, which is published every Friday, for the show. That certainly helped attendance. 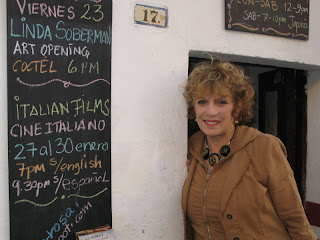 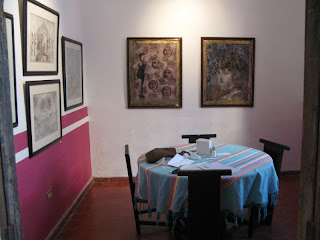 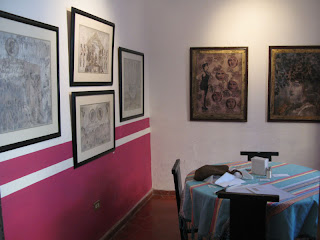 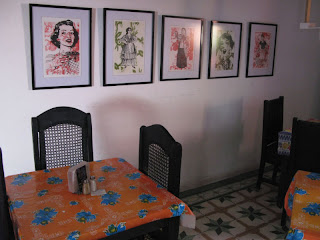 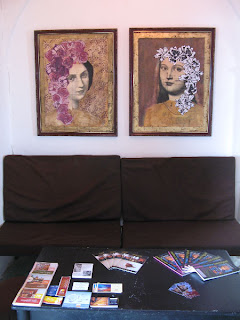 Linda also showed some of her jewelry as an afterthought, and it made a nice addition to the artwork on the walls, as many of the attendees didn't know that she also made jewelry. 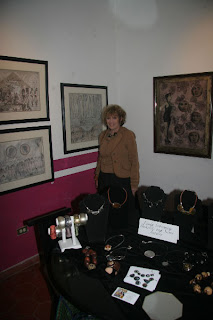 The restaurant where the opening was held is called La Fonda Rosa. It's owned by a young woman from Mexico City, Gabriella, who is quite a personality...not to mention a fine cook. Many of the people who came to the opening had never been to the restaurant, so we were happy to give Gabriella some good exposure. 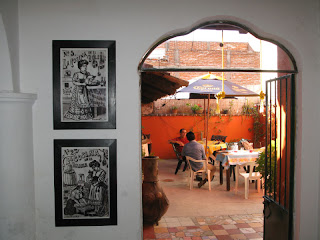 Mojitos and appetizers were served during the opening. Linda was so busy she didn't have a chance to even taste them, but they were delicious, especially the mojitos. 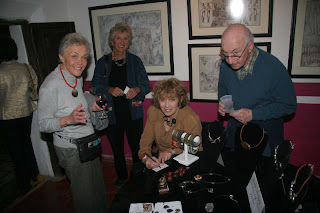 Lots of our friends attended.... 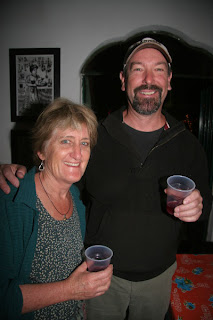 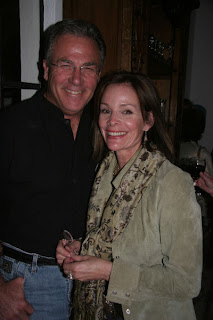 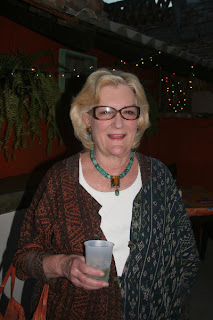 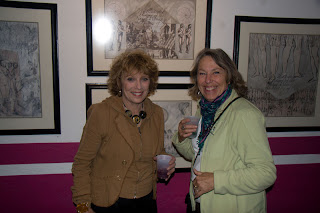 
As the show wound down, we were pleased to see our housekeeper, Mari, arrive with her husband Martin and son Eric (see previous blog about Eric). We showed them around the gallery and then ate some appetizers with them. Linda was really touched that they had come, as they normally do not socialize with gringos. 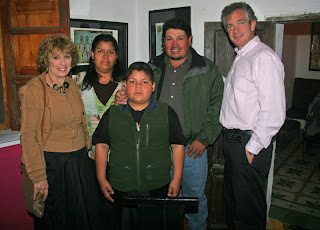 We then joined a group of friends who had stayed for dinner. As you can imagine, the mood was high and the conversation lively. A long, but pleasant evening! 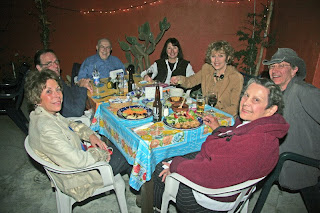 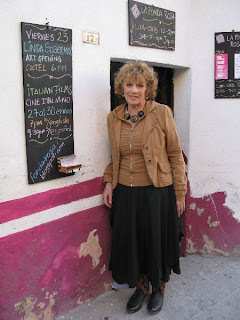 Linda looked lovely and happy...and this was taken before the show. Afterwards she looked just as lovely and happy, but a lot more tired. We slept extremely well that night!
Posted by The San Miguel News at 9:22 AM