Linda was very excited today, as it was her first day of work in the studio. Alvaro (Alicia's son) picked us up and drove us to the studio with Linda's supplies. Alvaro is a business consultant - he works with entrepreneus and gives classes.

The building is beautiful - like a renovated loft in a 100+ year old structure, about half a mile from our apartment. 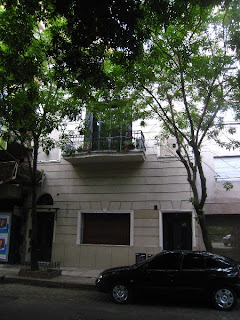 The plain door and doorbell belie what is within. 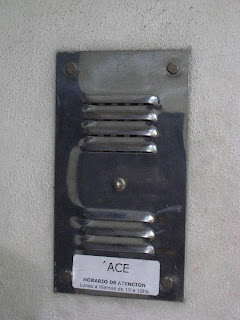 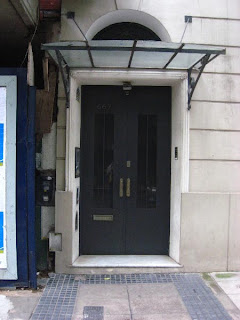 We were welcomed with delicious pastries and coffee! Can't work without fuel!
To Linda's right are Adrianna and Alvaro. To her left is Alicia. 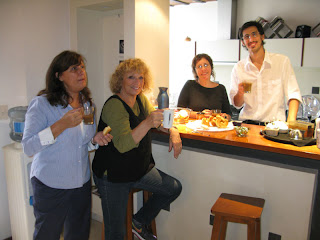 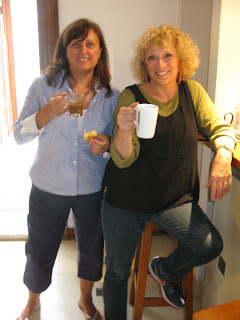 
We walked through the building....que bonita! 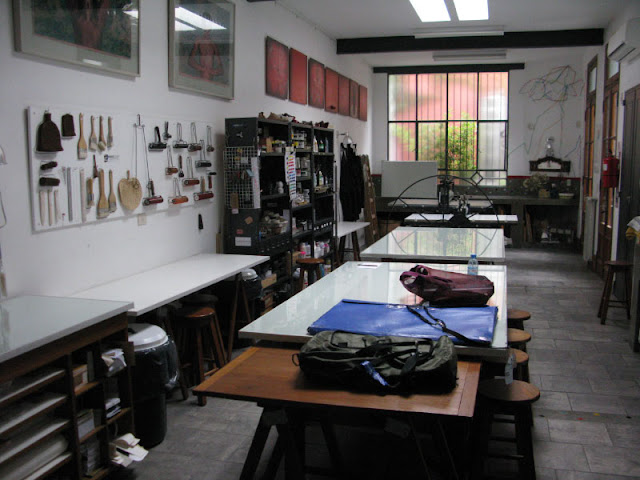 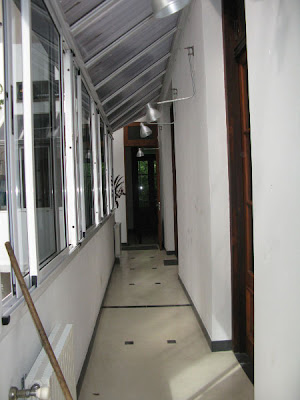 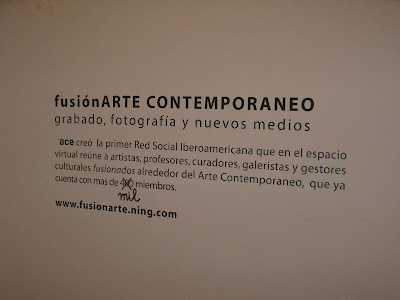 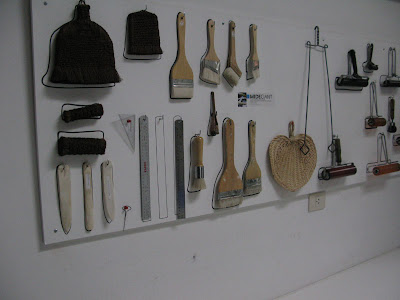 I left Linda for the day (more about my day later), and returned to the studio about 5 pm. Linda had already had a productive day. The first pieces were rolling off the press! 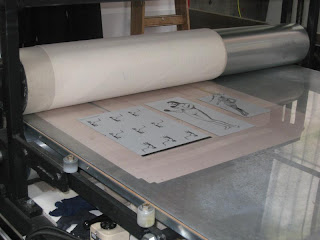 One of the wonderful things about this residency is that Linda has a master printer, Adrianna, as her assistant. Adriana Moracci teaches Linda new techniques, learns from her, interacts and collaborates to help create the final work. Adriana is a photographer and painter. With her help, Linda will be able to get much more done during this two week residency than she would normally be able to do alone. Adrianna sets up, cleans up and generally facilitates Linda's work. Below she is shown preparing plates for printing. 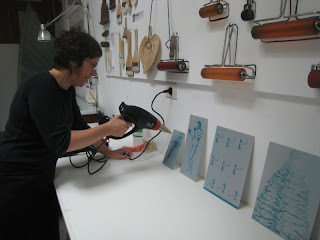 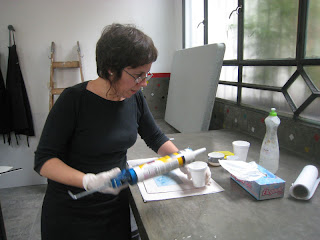 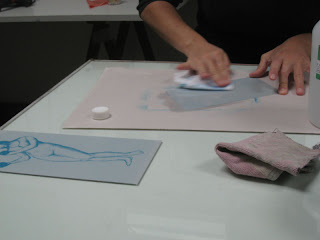 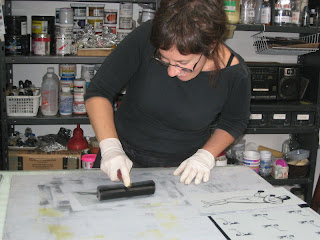 At about 6:00 pm I picked up Linda and we walked home. She was tired but happy. After a short rest we went out for dinner, and ended up in Buenos Aires' small Chinatown, not far from our apartment. We had a decent (if somewhat odd) Chinese meal. A young woman at the next table gave us some ordering advice - turned out she was a Portena (Buenos Aires native) living in Vienna, Austria. She taught me, for example, that a chopstick in Spanish is called a "palillo".

Just as we were leaving, the heavens opened. Rain fell in buckets. Although we had an umbrella with us, it didn't keep us very dry as we tried to catch a taxi. We arrived home, wet and laughing, removed our dripping clothes, and fell into bed.
Posted by The San Miguel News at 9:17 AM