The Nicest Street in the Neighborhood 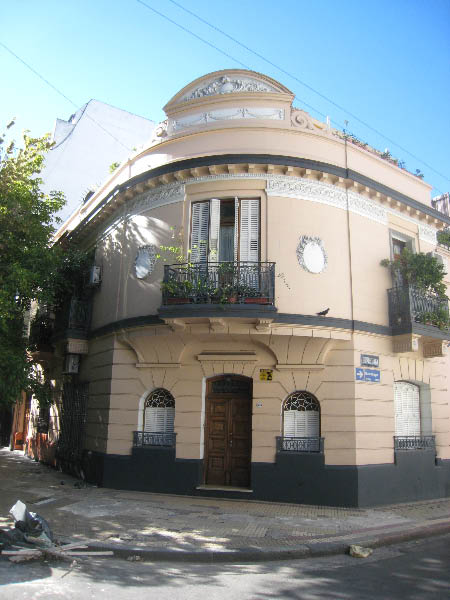 While wandering around the neighborhood, I came across a street only one block long. It is called Calle Gorostiaga. 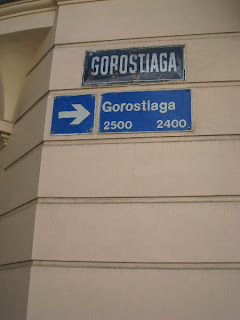 With its plethora of upscale homes, and no apartment buildings, I figured that there had to be an interesting story here. Well, let's say I figured wrong. At least, so far, I have been unable to learn anything about the street, other than that there are apartments for rent in some of the homes. Well, that's not quite true. If you check out Wikipedia, there is some information about the Garostiaga family, though not the street. At the end of this blog, I have included the translation, which, if I may say, is not very helpful! 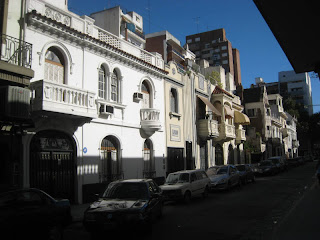 So I'll leave you with some photos of this lovely calle. 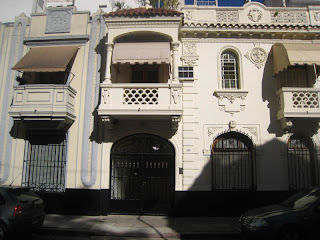 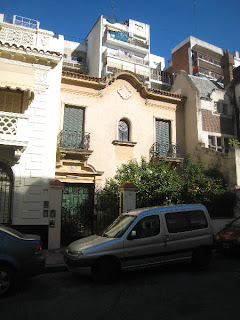 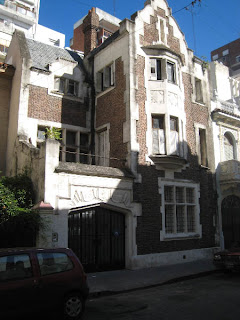 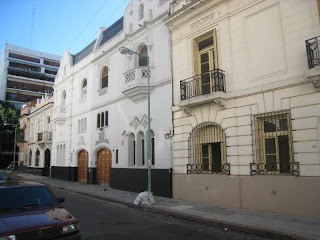 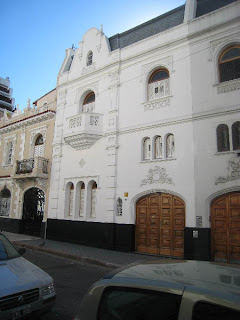 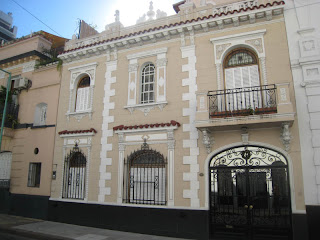 Note the roof structure on this house...lovely 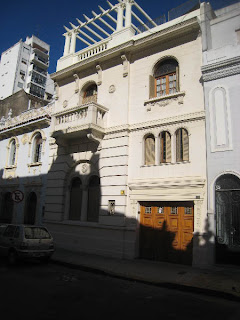 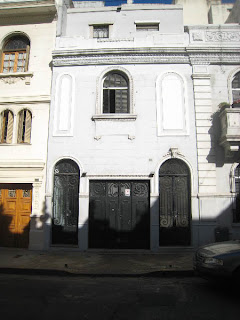 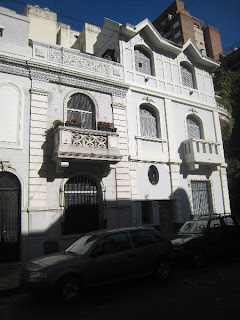 See below (if you're really bored) for information on the Gorostiaga family.
The origin of the town dates from the second quarter of the nineteenth century when the first settlements are recorded population in the area, in constant conflict with the natives of the area.Already by 1840 the land which formed an enormous estate, pass Gorostiaga belong to the family, the family issued by the government of Rosas under the patriarch's death in combat unit in Santiago del Estero, where is from the family (although admittedly Spanish descent, following the line of descent to Arab rule of Spain in the twelfth century). On the death of Dona Bernarda Frias Gorostiaga, land is divided in the succession among his sons, among whom is Joseph Benjamin Gorostiaga, a constituent assembly in 1853.
By 1860, extending the Western Railway (now Sarmiento) in his new Mercedes-Chivilcoy section, originating intermediate stations of Martin Garcia, Suipacha and Gorostiaga. The latter, set in the ceded those belonging to Elisa Gorostiaga. On the death of this, his successors lotean part of the land, in order to create a village, to be called "Villa Santa Elisa," although this name did not perdurancia in history, taking the town on behalf of the railway station and distinguished family surname of former owner of the sites.
With the rise of the railroad, gained some importance to the opening of the extinct "Anderson Branch, a branch railway, linking a large number of rural localities, had an approximate area of 90 km, and was closed down by 1989.
Today is the second largest rural local population within the jurisdiction of Chivilcoy after Moquehua. Strategically located along the National Route No. 5 (km 125), survive the migration of young people thanks to the important agricultural activity in the area.
Posted by The San Miguel News at 7:06 AM