Hot Off the Press! 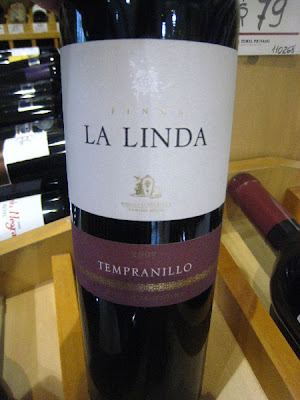 On Tuesday morning, Linda got up and walked to her studio, about 10 minutes away.
She was very excited.

I, on the other hand, had the entire day to fill. I wandered around the neighborhood, and found a gym. A little weird, but cheap and convenient. I spent an hour there, feeling better, having worked off a few steaks and some beer and wine. 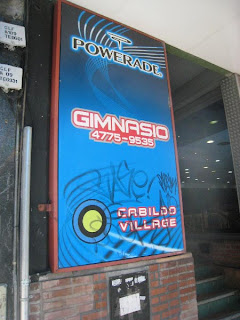 Not much different than US and Mexican gyms.... 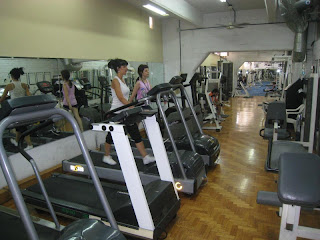 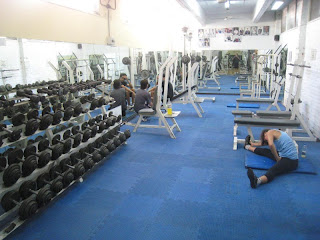 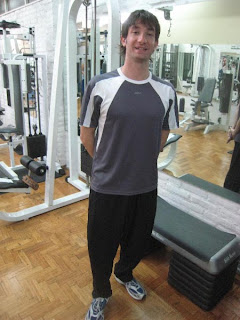 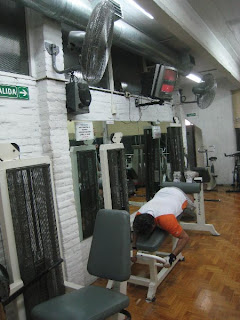 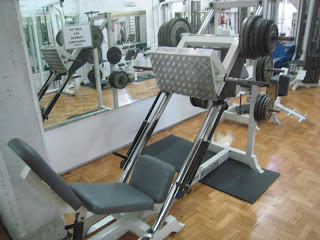 and the usual sign, here and in Mexico..."Out of Order" 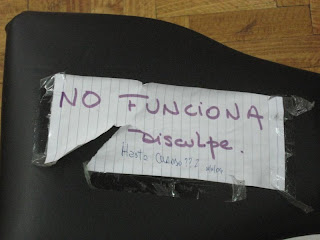 After the workout, I was hungry, but sweating like a horse. Rather than going home and showering, I found a meditation center with a vegetarian restaurant. They didn't seem to object to my odor, and I enjoyed an inexpensive, quite delicious meal. Not my usual style, but it seemed to work. 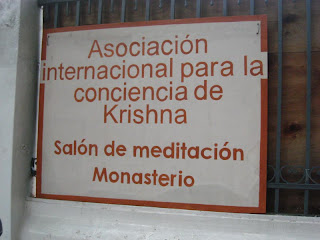 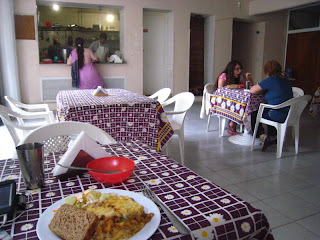 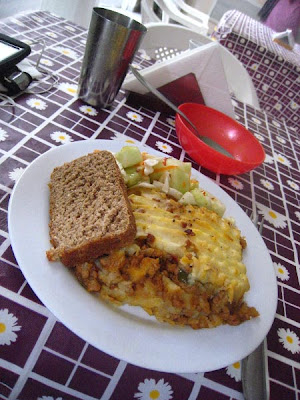 I wandered around the neighborhood for hours, waiting to pick up Linda at the end of her day. Among my interesting local finds....


...such as school of pole dancing...pioneering this form of dance in Latin America and even licensing its graduates! How proud they must be!!! 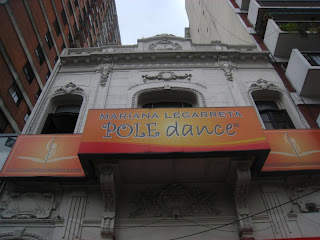 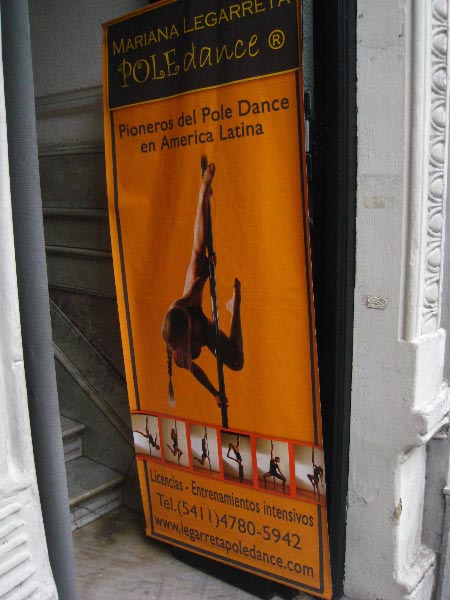 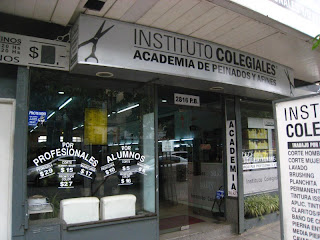 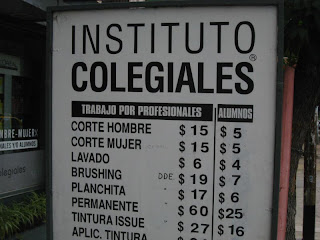 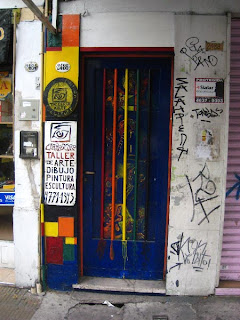 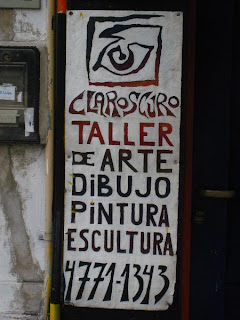 why hadn't Linda discovered this school of fine art???? 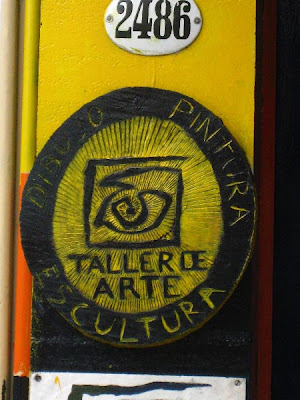 I reached Linda's studio just after 5:00 pm. She had had a very productive day, and was in high spirits. Below are Adriana and Linda. 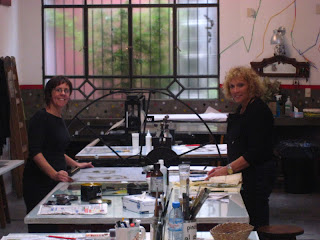 and Alvaro and Linda 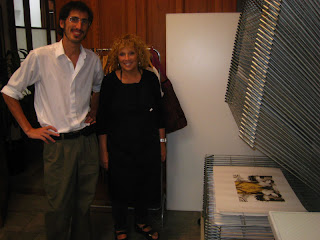 Linda and Adriana hard at work 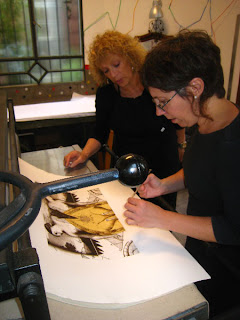 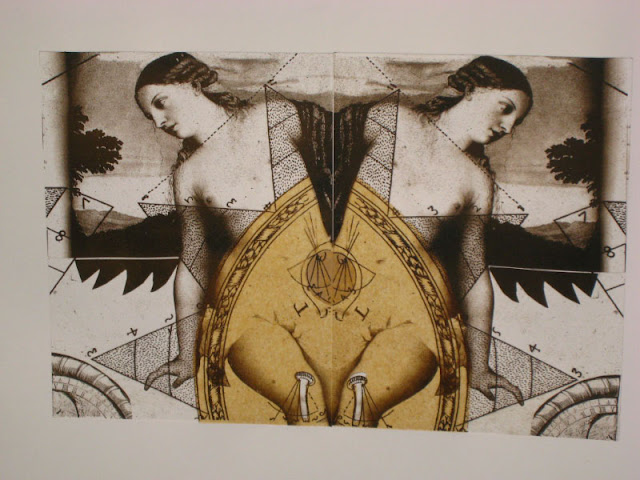 Feeling pretty darn good, we returned home to find a light on and the door open. What was going on? Actually, the cleaning lady was there, and the apartment was spotless. 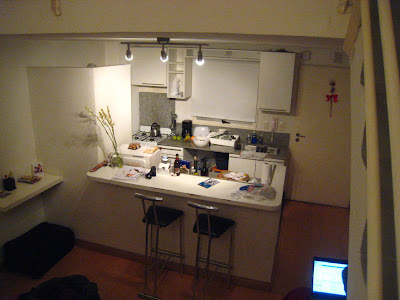 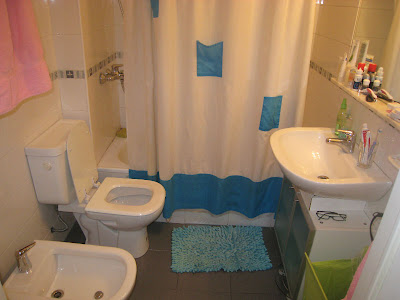 view of the living room from the loft 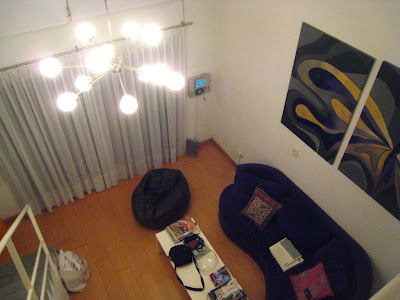 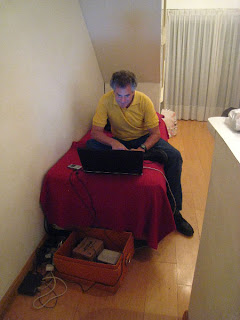 and the bedroom (or more accurately, the sleeping loft) 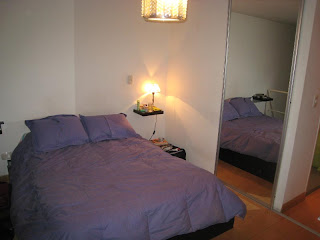 Linda was feeling pretty good, albeit tired, after her day's work. So rather than going out, we decided to order a pizza from a gourmet pizza place I had noticed during the day. I called them, and was told to "press 1" for the location nearest our apartment. When I spoke to them, they told me that the nearest branch was actually at the "press 3" option. I called back at that extension, and was told I should have pressed 1. I called again, pressed 1, and was told that they don't deliver to our address.

So, using a magnet on our refrigerator, I called another pizza place a block away and order pizza for pickup. Thirty minutes later, we were eating pizza and empanada. Unfortunately, they were lousy. However, they could not spoil the mood of a successful day!

Posted by The San Miguel News at 7:08 PM